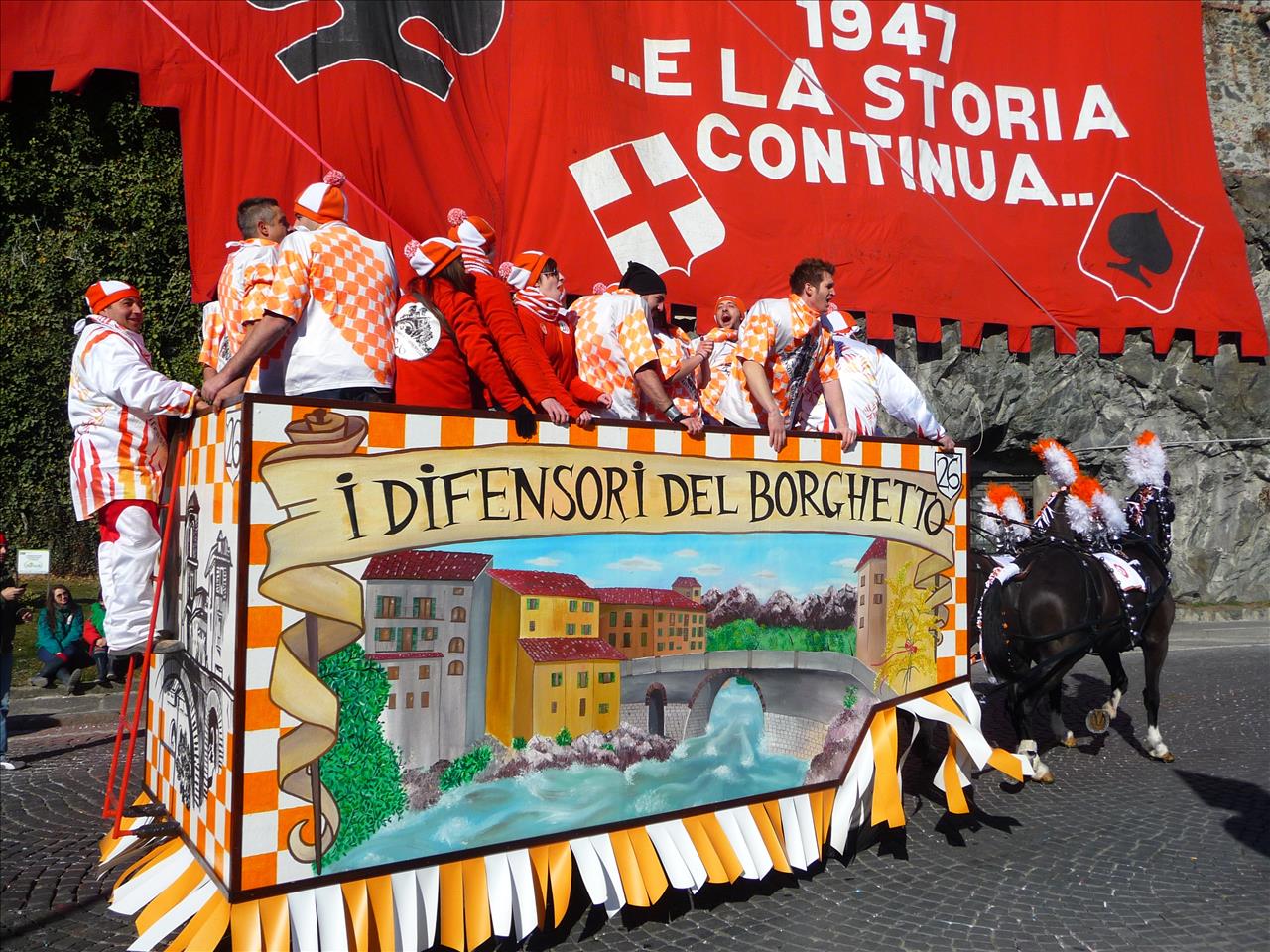 I was huddled against an old stone building behind protective netting watching a battle as I’ve seen no other. People with black eyes, covered in oozing pulp, were running around throwing oranges with all their might.  I fearfully look for Russ and find he’s done the unthinkable. He’s out there, in the malaise. I can’t look as he gets smashed with oranges, and I yell for him to come back to safety.  But he can’t hear me. He is pulled into the frenzy and he’s gone.

The Battle of the Oranges in Ivrea, Italy started during the 12th century as an uprising against tyranny and is reenacted every year during Carnival season. A young woman is chosen to play Violette, the original spark of the uprising who decapitates her would-be rapist. The tradition of a noble prince having his way with virgin brides before their wedding days was quietly tolerated no more!

The festival has its quiet moments too, like the parade of the teams with names like Ace of Spades, Death’s Aranceri, Revolutionaries of the Borough, Arduino’s Scorpions and The Devils. These are the teams that go to battle. They each have battle carriages pulled by horses and are colorfully decorated. The atmosphere is charged with energy, even though it’s a very cold time of year with snow on the ground.

The festival culminates with a bonfire whose source is the pallet wood that the oranges were shipped in. Walking around at the end of Shrove Tuesday, the ground is saturated in horse poo, orange pulp, and snow. It’s a mess and something you have to experience to understand.  The battle is over… until next year.

For more information about the Carnival, Go Ivrea. Interested in booking a trip to Ivrea, Italy, click through here.