Air Travel Faux Pas: Twelve Things not to do on a Plane

Air travel has become less like sitting in a recliner to watch a movie and more like watching the Maury Povich show on a crowded bus. It’s not surprising how stress levels have increased with shrinking seats, non-existent leg room and nickel-and-diming us for amenities. But we have to find our inner Zen and make the best of it. We can only hope that there are less of these shenanigans next year.

The following list has been culled from the internet for your entertainment. Enjoy!

12. Don’t freak out and shout obscenities and nonsense while running down the aisle, like this very stressed out and disturbed woman.

11. Don’t do mani/pedis at your seat. There are so many who do this, but here are two of the worst:

10. Don’t stick your feet in other people’s faces.

See: Not my feet!

9.  Don’t take your demon child on a flight. Stay home and get a priest. If you think I’m being harsh, please watch the video before you judge.

8.  Don’t wear so much perfume that my eyes water sitting next to you.

7.  Don’t paint your nails. There are carcinogens in that nail polish that will now circulate throughout the cabin for eight hours. We can’t smoke on a plane for the same reason. Get a clue before you get arrested like this woman.

6. Don’t recline your seat during meals, and in general, it’s best to ask the person behind you first. It’s just common courtesy. There isn’t much space to begin with, as I’m sure you know. Here are some pros and cons very sweetly spelled out by a fellow travel bug about this issue.

5.  Don’t use someone else’s seat back as a launching pad to project yourself out of your seat. Same goes for getting back into your seat. How many times have I been fast asleep and someone yanks on my seat and wakes me up? Not cool, folks.

4.  Don’t stand over people and talk to your friends for hours. This happened to me on an Iceland Air flight recently, and it was the actual stewardess who did it. After having her boobs in my face for the 10th time, I finally said something.

3.  Don’t change diapers at your seat. Please, for the love of god, no one else wants to smell your kid’s poop. Plus, it’s unhygienic to have feces on the dining table.

2.  Don’t drink too much alcohol. Airplane cabins are pressurized, but not to sea level, so you will still experience high altitude problems like dehydration which alcohol consumption makes worse. I saw three people in the last month throw up and pass out on a plane, so don’t be that person. 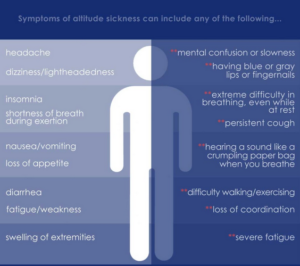 1.  Don’t bring on smelly or messy foods like fish tacos or chili.  Not only do they smell, but if you drop any, it will smell the whole flight.

I hope a few of these videos were funny and some points made you smile.