I spent one month in Japan, and I hope this list makes you laugh and prepares you for a trip there yourself. Everyone is different, so please understand that this list is what I found noteworthy, what annoyed me, or what simply stood out.  If I offend anyone, I don’t mean to. Japan is a beautiful country with the friendliest people in the world. My motto is always “when in Rome”, but that doesn’t mean I like everything.

While visiting Japan, I had a moment where time stopped and I noticed the Japanese couture. It hit me all at once. Everyone’s clothes are too big for them, which makes them look like children playing dress up.

I wondered why they couldn’t find clothes that fit them and asked a local what was going on. Apparently, this 1950’s baggy look stems from a sense of modesty and a desire to hide one’s body.

So, even in the heat, they wear long sleeves, long skirts and pants. As a tourist, and now knowing this, it would be courteous not to dress in revealing clothes while in Japan. Of course, the heat might make you do different. 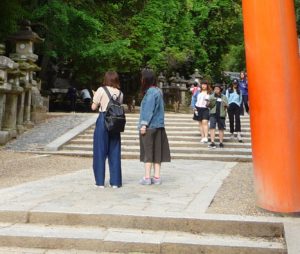 I’ve experienced no other people as conforming as the Japanese, albeit highly functioning. I learned that conforming stems from thinking collectively. It makes one think, which is a better societal value, Individualism or Collectivism?

Coming from an individualistic society, as I do, collectivism annoys me at least and enrages me at most. I resent being forced into a mould, told how I should eat, dress, sit, etc. This might annoy me more than some since I’m unique in many ways: I’m Vegan, I’m allergic to everything, I’m lactose intolerant, I don’t drink alcohol, and I’m sensitive to pollution.  Yes, you can call me Goldilocks; I’ve been called worse.

Collectivists leave no room for individual differences like mine, so much so, that some ideas do not even exist. In Japan, I couldn’t find a truly vegetarian meal to save my life. Fruit is a luxury and very expensive, so if you’re caught eating a mound of fruit with abandon, you will get “the look”. Needless to say, with no fruits or vegetables, I was constipated the entire time I was in Japan.

Collectivist societies value loyalty to the group and downplay any personal achievements which can be good for companies and government, but in other aspects of life, this thinking leaves little room for individuality and personal freedom. Which one is better is determined by which one you grew up with.

On any train in Japan, you can hear a pin drop, as well as snoring. The Japanese work ethic is harsh and follows the leader, so if the boss is in the office, so are his subordinates. The long hours trickle down, and so many people have died from overwork and lack of sleep that in 1978, they invented a word for this tragedy:  Karōshi (過労死)  death by over-working. To compensate for these unreasonable expectations at work, the Japanese sleep wherever and whenever they can.

All this overtime isn’t even paid. Let that one sink in. The work culture simply perpetuates this behavior by mutual and unspoken agreement. No one speaks up, everyone does it, peer pressure in a collectivist society wins every time.

As tourists, we must understand and respect that they need their rest, even in the strangest places. I truly feel sorry for them, but essentially, they do this to themselves.

As impressed as I was with Japan’s modern and efficient society, I was shocked by their over-consumption of single-use plastics, specifically shopping bags. Everything goes into a bag and any argument against this is ignored. You will get the bags no matter what you say or do.

Japanese goods are also covered in plastic, even things that don’t need plastic, like bananas. See here for more details. A lot of this plastic finds its way into the ocean. “German research indicates that 75 percent of land-borne maritime pollution comes from just 10 rivers, eight of which are in Asia.” (Source)

Japan is aware they have a problem and are taking steps to correct it, but I’ve been around the block a few times and have never before seen so much plastic used for so many things that don’t need it.

The Japanese drive on the left and you can give credit or blame, depending on how you feel about it, to the Samurai.  Most countries that drive on the left can contribute this to being a British territory at some point in history, but not Japan.

So, what did the Samurai have to do with driving? There were no cars in early Samurai times.

It has to do with walking and on which side you wear your sword, if you happen to wear one.  Since most people are right handed, they wear their sword on the left side of their body, so passing others on the right who are also wearing swords, would mean the swords would bump when they pass each other, hence switching over to the left enables everyone to walk by unimpeded by those nasty swords.

What animal kills more humans than any other?

You guessed it…mosquitoes. I don’t hate much, but I hate them.

Japanese mosquitoes especially liked me and they were lurking everywhere. Please, if you are often the one the mosquitoes prefer, pack bug repellent. You will need it.

Noodles for breakfast, noodles for lunch, and noodles for dinner. You like noodles, I hope. You better. It’s pretty much what’s on the menu, unless you go to a sushi restaurant. Then you get sushi, raw fish with sticky rice, with or without wasabi. They will ask you which way. Japan is a great place for people who get stymied by too many choices.  There are usually just a few.

The noodle soups and sushi are excellent, top quality, and very satisfying. But very monotonous.

If there was anything else to eat, I didn’t see it.  Some international chain restaurants have sprouted up in the big cities, but really, who wants to eat there. You can get that anywhere. 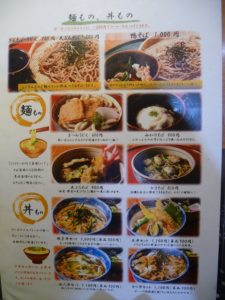 One of the absolute best parts about Japan is their smart toilets. In this arena, there are many choices. Wash the back, the front, blow dry, heated seat, spray, jet, direction of stream, etc.  The more elaborate the toilet options, the longer it takes to get out of there, since you have to try ALL the settings, right?

The Japanese obsession with cleanliness is something I can get behind. I loved it. We’re looking to install one of these babies at home as we speak. 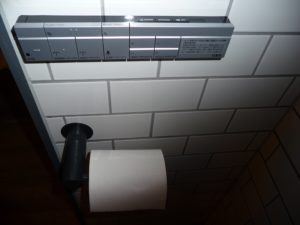 Nose blowing, just DO NOT do it in public. It is offensive. That is all.

Onsen or hot spring spas are all over Japan, but if you have tattoos, you will have to find one that accommodates Westerners with tattoos. Here is a list: 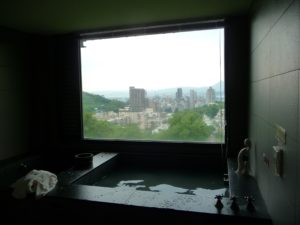